Was this a surprise or a let down? No. There were leaks and rumours, and little real evidence supporting a major revamp. Apple has done this before with the iPhone 3G to 3GS (minor) to 4 (major). I wouldn't be surprised if the iPad follows the same pattern although I don't expect to see a major case redesign.

The iPhone 4 is a fantastic phone with the best screen I've used on a mobile device and camera that I'm happy to use as my only camera. The few complaints I have are mainly software related and a most of those are solved by iOS 5. From a phone hardware point of view I can think of these: 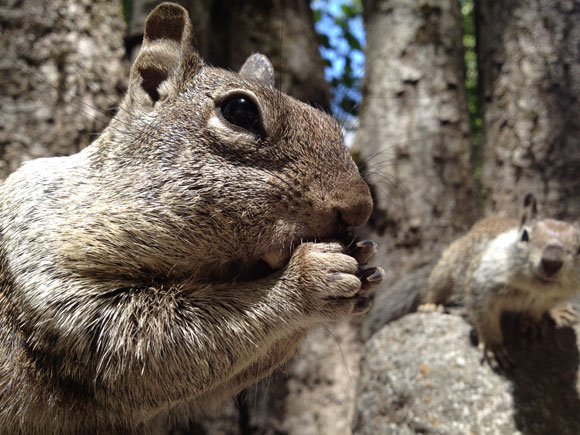 Other missing features, according to questionable reviewers, include: no Larger display - no thank you, I'd like a smaller device but the same size screen, and no 4G data capability which may be a disappoint for the big US cities but in the UK we can expect 4G in 2013 at the earliest. A slightly less reported disadvantage is that the iPhone 4S has been reduced battery life compared to an iPhone 4 when you're not really using it, ~100 hours standby time.

Usually when talking to non-geek friends about buying iPhones, once you reach a certain month, geeks say wait for the next iPhone. Not necessarily to get the latest model but because other models often become cheaper. So my recommendations based around the now standard 2 year contract are:

iPhone 4S, get it if you can afford it or if you want an iPhone that will support the latest software updates for as long as possible. Also if you travel around the world a lot. Available October 14th

iPhone 4 is still an excellent choice. Especially if you can get a reduced price 16GB rather than the new 8GB.

iPhone 3GS is also surprisingly still available. Only good for 12 month contracts or if you really can't afford to get either of the other models. It's still an iPhone but is now a bit dated. Don't expect anything new in future software updates and expect to be envious of your friend's newer phone.

And finally, the funniest review I've seen has to be:

Biggest problem to me is the unchanged design. Seriously, what's the point of getting the new iPhone if nobody can notice that you have the new iphone? - Engadget commenter

A quick teaser of an App I'm working on. I created this for a student competition and it has been submitted to Apple for App Store review. Expect further previews next week.

Undecided
—
iPhone 4S or: How I Learned to Stop Worrying and Love the iPhone 4
Share this